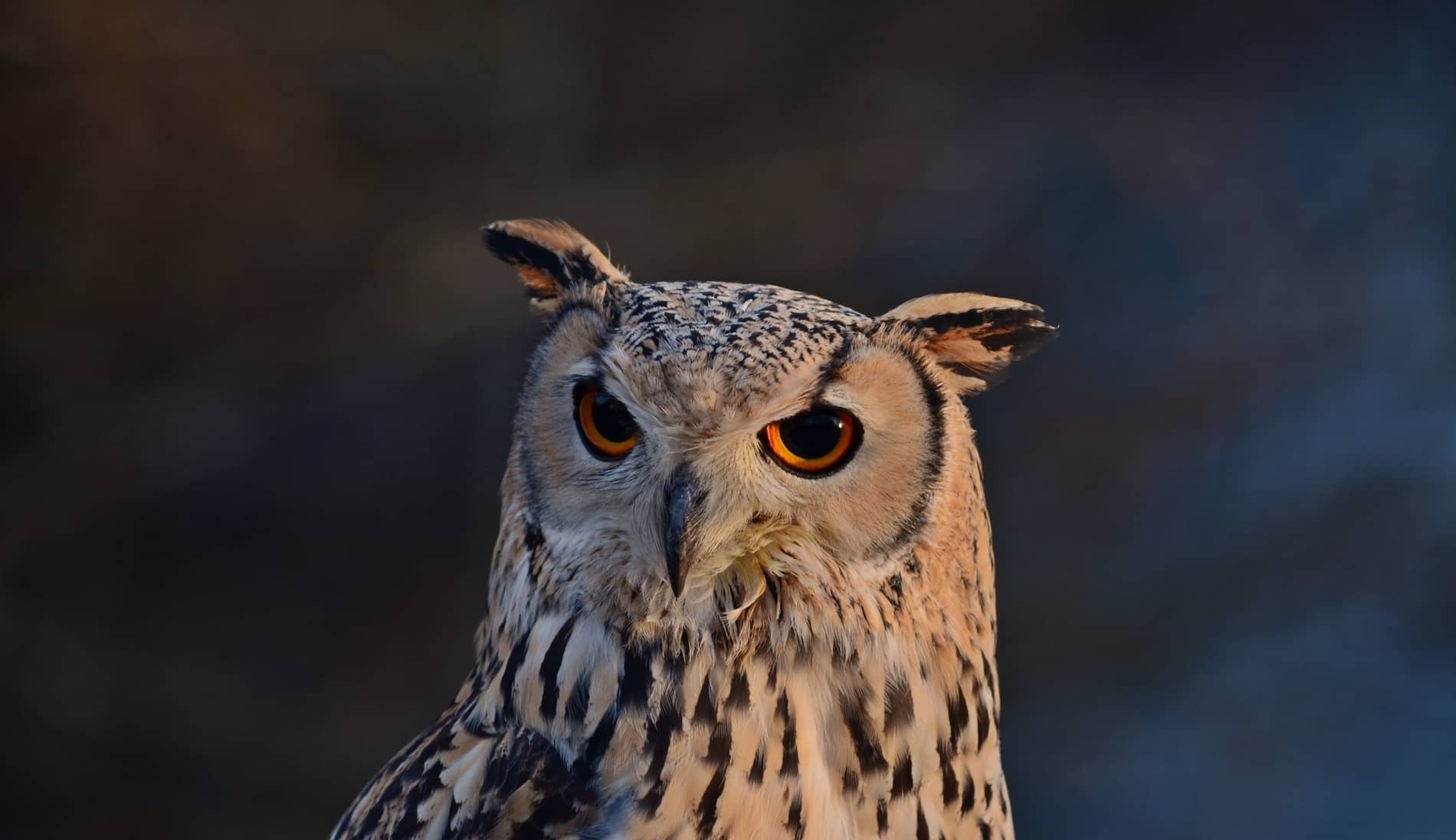 Make it one adventure, two cities on your Ireland getaway: Make a break for Dublin and Belfast

The island of Ireland’s capital cities are compact, lively hubs boasting quirky histories, exciting eateries, and the best pubs in the world – ideal for a combined city getaway. Between Dublin and Belfast, you can soak up two very distinct atmospheres in forty-eight hours. Just think, one minute you could be standing on Dublin’s 200-year-old Ha’penny Bridge... And two hours later, you could be gazing at the awe-inspiring Titanic Belfast! The bottom line: if you find yourself torn between visiting Dublin or Belfast, the great news is that you can do both! Easy.

Dublin is the gateway to Ireland from the Nordics so instead of doing flight connections we recommend that you make it easy on yourself and fly directly to Dublin. From here you can take one of the many buses outside the terminal to Belfast city centre (e.g. Aircoach or Translink) and enjoy the views of mountains and rolling hills as you drive north before experiencing Saint George’s Market, Titanic Belfast and the city’s masterful music scene.

Lunch is served – and it is served at the beautiful St George’s Market in Belfast. Although among the oldest attractions in Belfast the market is still a great place to grab lunch. Afterwards you can browse the stalls full of local and international produce.

The market is open Friday to Sunday and features different stalls each day. Friday is the variety market with stalls selling fruit, vegetables, antiques, books, clothes, hot food, cakes and buns, crafts, and a large selection of fresh fish. Saturday is the city food and crafts market where you find local, continental and speciality food as well as local crafts and music. Sunday is the crafts and antique market where the emphasis is on local arts and crafts as well as live music and specialty foods. So, choose your day wisely!

Next stop features Belfast’s  biggest claim to fame – The Titanic. Standing on the spot where Harland & Wolff once bult the RMS Titanic, the biggest ship ever constructed at its time, you can now experience Titanic Belfast. The building itself resembles the height of the ship and inside you can find recreations of the RMS Titanic interior, see how it was constructed and hear the stories from the people who built the ship and the survivors of the sinking.
In the harbour just outside Titanic Belfast, you can use your ticket to board the SS Nomadic, Titanic’s tender boat that has been fully restored to its former glory. Also worth visiting is the Titanic Hotel, right next door to Titanic Belfast, in the original Harland & Wolff Headquarters and Drawing Offices.

The buzz and bustling sounds of Belfast is your trip’s evening theme. Belfast is a UNESCO City of Music, and you will find gigs a plenty. But first start off by visiting the Oh Yeah music centre to learn about the city’s musical past and present. After this it is time to head out, grab a bite to eat and explore your preferred music genre in one of Belfast’s many pubs and venues.

There and back again

Today’s main agenda is getting to Dublin. But before you do this, you have time to grab a black taxi tour of Belfast to take in the many murals and Belfast’s troubled past before you stroll around Dublin and visit museums and castles. Now it couldn’t be easier to get to Dublin. Either take the same bus back to Dublin or head to Lanyon Place Train Station, from here you can take the Express Train to Connolly Station in Dublin. You can use the short two-hour train ride to Dublin to take in the views, or just take a nap – you’ll need plenty of energy for your Dublin adventures! Once you land in the city, we recommend taking a walk around the compact centre to get a feel for the place. A visit to the Little Museum, or perhaps Dublin Castle, will keep you busy until dinnertime!

For over 30 years Belfast was at the heart of a sectarian conflict known as “the troubles”. During this period, among other things, neighbourhoods were split and gated to limit fighting.  The conflict has been captured on murals and the walls feature both Loyalist and Republican artwork. Your driver will take you through Belfast’s history, telling you stories, showing you the highlights, and explaining the city’s colourful murals before finally dropping you off at the train station or bus stop.

It’s time to uncover the history of 20th century Dublin at the Little Museum of Dublin. Here, donated everyday items help tell the tale of life in Dublin in the last century. On the second-floor, music fans will find the “U2: Made in Dublin” exhibition which charts the bands history over the last 40 years.

Dublin Castle was the former seat of power for the English and British rule of Ireland through the British Monarch’s representative - the Viceroy of Ireland . Today, the castle, one of Ireland’s most important historic buildings, is open to the public. It houses conferences, museums, exhibitions and, on occasion, important state events such as state dinners and ceremonies.

So much to do - so little time!

Your last full day in Ireland needs to be lived to the fullest. There are many options and ways to do it, but we have picked out 4 different ways to explore Dublin for you Below.

Go on a tour! Dublin boasts a myriad of guided or self-guided tours and a vast variety of themes. Depending on your preference you might find niche tours for exactly your area of interest! The most popular themes are the classical history tours, literary tours, and Viking tours. Jump on a bike, walk the city, or sit back and relax while someone else does the driving – it is all up to you.

Dublin in a glass

Dublin may be known for its pubs, but it is also the home of Ireland’s most famous drink – Guinness. The famous brew is made in Dublin, and you can visit the Guinness Storehouse and see how it is made, experience its history, and finally enjoy a pint on the top floor in the Gravity bar with unparalleled 360-degree views of Dublin. If you are more into whiskey then fear not, Dublin is host to four different distilleries, Jameson, Teeling, Pearse Lyons and Roe & Co. All four distilleries offer tours, courses and of course, whiskey! So, pick your favourite or try them all – experience the sounds and smells and, of course, enjoy a glass of whiskey. Alternatively, if you can’t decide then why not go on a pub tour and experience the culture and life that surround them.

Dublin is full of history and hosts the largest collection of Neolithic art in the UNESCO World Heritage site, Brú Na Bóinne (an hour north Dublin). A must when visiting Dublin is to see the Book of Kells in the stunning Long Room at Trinity College. The book is Ireland’s greatest cultural treasure, and it features intricate Celtic artwork and ornate Latin text. If neither of these are for you, you are still spoilt for choice with the National Museum of Ireland, Kilmainham Gaol, Dublinia,  EPIC or even the Little Museum of Dublin or Dublin Castle if you didn’t get to visit them the day before.

The Book of Kells

Fresh seafood, charming villages, epic beaches, ancient wonders, and much, much more line the coast in Dublin Bay and best of all it is all accessible via the DART, a train the runs along scenic coastline and stops at all the cosy towns and villages along the way. From Connolly Station you can take the train north all the way up the coast to Howth or Malahide, or south to Greystones.

The final day and it is time to end it with a splash. Shop till you drop, relax in a park or enjoy a piece of art. Today is all about making the most out of your last day.

Shop till you drop!

There's just enough time for some last -minute shopping on Grafton Street or perhaps the stunning Powerscourt Townhouse Centre, filled with beautiful boutiques and coffee shops. Regardless of where you go you are sure to find something to bring home as a souvenir from your trip.

Art is the way

Housing works by Picasso, Monet and Irish artist Jack B Yeats, admission is free, and it is an excellent way to include a bit of high culture into the trip before heading back home.

Enjoy the peaceful oasis in the middle of Dublin that is Saint Stephen’s Green. The park is worth a visit year-round and it makes for a good spot to just sit and relax as you let your Irish adventures sink in.

Check out our podcast

Listen to one of our podcasts to learn more about your favourite island! Click the link below or search "Longing for Ireland" on your preferred podcast provider.